Archive for the tag “sour beer”

My investigation into sour beers has led me into a deeper study of one of the sour yeast genus, Brettanomyces. I’m not going to go into a lot of detail about that yet (still working on that one), but I will say one of the beers I had read about is this next one. Green Flash Brewing Company’s Rayon Vert is a Belgian style pale ale finished with brett (the common shortened version of Brettanomyces).  Because of this I think their whole “continuously evolving” tagline takes on a whole new meaning. Sour Beers, like all others, continue to change while aging. In fact a brett beer needs a minimum of 8 months in the beer before it does its thing. While my initial thoughts on this beer aren’t the greatest I do plan to try a bottle from the same batch in 6 months and then another in a year.

As far as how it is now, this is a cloudy orange/amber beer with a tall fluffy tan head on top. The aroma is all brett, tart orange, barnyard funk and agave nectar. Unfortunately that’s as far as the brett goes for me. Tasting has a very thick bitter note, a bit bready, some spices followed by a small note of sour. It basically tastes like a bitter Belgian pale ale with brett aromas. I do hope it ages well. 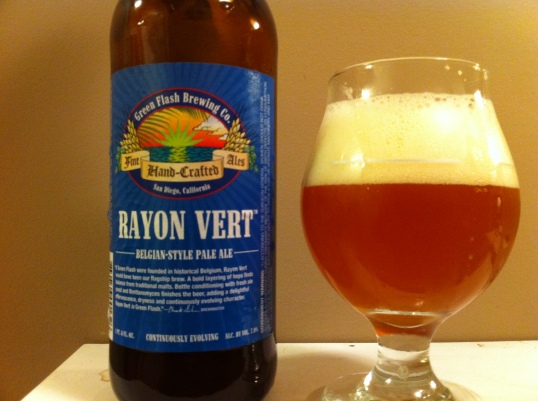 Thanks for reading (Only 2 more I promise)

Before I get into the information about this beer I want to thank Sean (@xaendovet) for recommending this beer. I was tweeting about my newly developed love of sour beers and lamenting the lack of availability in my area. He said that Duchesse de Bourgogne should be a readily available sour that I have to try.

Duchesse is a Flanders Red Ale, a sour beer brewed in West Flanders at Brouwerij Verhaeghe of Vichty Belgium. For more information about this beer style you can read about it this article by Michael Jackson and on wikipedia. It is very highly rated on both Beer Advocate and Rate Beer.

To say that I liked this beer is an understatement. Even the thought of this beer makes me salivate. It is a cloudy dark brown/reddish beer with a tan head. It smells of tart cherries, balsamic and malt vinegars balanced in a blend of sweetness, tart and a touch of funk. The bouquet of this beer is intoxicating. The taste of this beer is as complex as its aroma. I’ve described this beer as a thin carbonated balsamic reduction before, and I’m pretty certain that hits the nail on this one. It is light and airy with an almost champagne like carbonation. It tastes tart, like sour vinegar then it smooths out to delicious sweet fruit. It tastes almost wine like, delivering flavours of cherries, plums, apples, pears and a touch of smoke.

I’m hoping to coerce a local liquor store to stock this beer. It is something I think everyone should try, at least once.

How could I say no with a name like that? (if you didn’t know already, my name is Chris).

This beer was part of a beer swap I did with Portland based beer blogger, ithinkaboutbeer. It is a cloudy golden beer with a thick white head on it. Its also of note that there is an almost champagne-like amount of carbonation to this beer. It smells tart and a bit skunky, think lemon drop meets wet barn (in a good way). The true blessing of this beer is in the taste. It is tart, refreshing and extremely light on the palate. I’m drinking it in the exact opposite season it is designed for, but it transports you back to the summer. Its sessionable ABV and low bitterness make this beer crave to be quaffed. I like how ithinkaboutbeer summed up the sourness of this beer. “Acidic enough to satisfy sour enthusiasts but approachable for the neophyte.” As a recent convert to sour beers I really enjoyed this.

Big thank you to ithinkaboutbeer for the swap. And thank you for reading.

Earlier this month I had the opportunity to pack the family up and take a nice trip down to arguably one of the craft brew mecca’s of the new world, Portland Oregon. Not only is Portland home to more than 40 breweries & brewpubs (as of 2011 per link) but it also boasts some wonderful attractions, and one of the most impressive transit systems I have ever seen.

As you could imagine I was very excited before going on this trip. My wife and I both started making lists of places we were anticipating to go and see, both beer and family themed. To my initial surprise, it was remarkably easy to intertwine both of those. One of my first revelations about Portland came to me before even leaving British Columbia. A conversation with a fellow BC beer blogger, @BGCanary on twitter informed me that many of the brewpubs and breweries were minor friendly. In fact, some of the pubs even have special kid friendly menus & games to help the two areas coincide. Of course sometimes the people drinking the beer get a hold of the kids games and engage their inner child while enjoying the beers as well, (Lynn).

END_OF_DOCUMENT_TOKEN_TO_BE_REPLACED

If you recall back to my fruity beer tasting I did with my superfriend Jeff, the clear favorite of the night was the Cassis Lambic by Brouwerij Lindemans of Belgium. I knew that night that this beer, the Kriek or sour Morello cherry version  of this beer, would make its way to the leapbeer blog.

According to Wikipedia this brewery has been open for over 200 years, since 1811 (http://en.wikipedia.org/wiki/Lindemans_Brewery) Brouwerij Lindemans is a Belgian family brewery based in Vlezenbeek, a small town in the Flemish Brabant southwest of Brussels.

They really know how to encase their beer there, as the top of this beer is corked, then capped, then foil covered. After getting it open I poured it into a wine glass, and then someone behind me called me a beer snob. It pours to a deep magenta/red colour with no real discernible head to it.

Here’s a close up to show the deep red colour 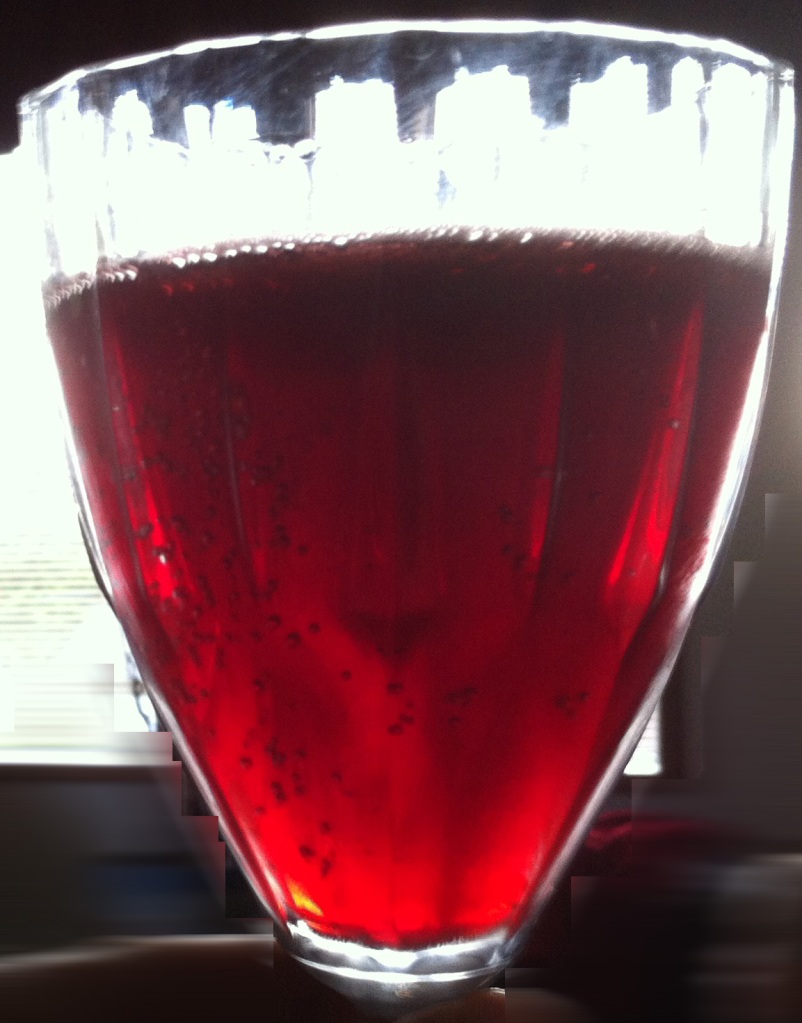 I took a whiff of this beer and not surprisingly it smelled sour cherries. But it wasn’t a natural smell, it smelled like cherry cough syrup. When you sip it the cherry flavour is dull and muted. There’s almost no sour not to it. The beer is quite sweet, too sweet for my liking. Because I had such high expectations for this beer I find myself disappointed by it. They can’t all be winners, but I assumed this would at least have met a higher standard then it did.

Leapbeer #187 is Kriek Lambic by Brouwerij Lindemans of Belgium

When I did a bit more digging on the wikipedia page it shed some light on the nature of the cherry flavouring. Here’s what it had to say “Because of the limited availability of sour cherries from Schaerbeek, the traditional ingredient for kriek, Lindemans Kriek is made using unsweetened cherry juice which is added to a mixture of lambics of different ages. The resulting beer is described as less sour and more fruity. It contains 4.0% ABV.”

How disappointingly illuminating. It explains all of my problems with this beer. The synthetic flavour, the overpowering sweetness and the lack of sour notes to this lambic. It appears to me that because they wanted to continue producing this beer, they sought out an alternative to quality natural ingredients, to the detriment of the finished product.